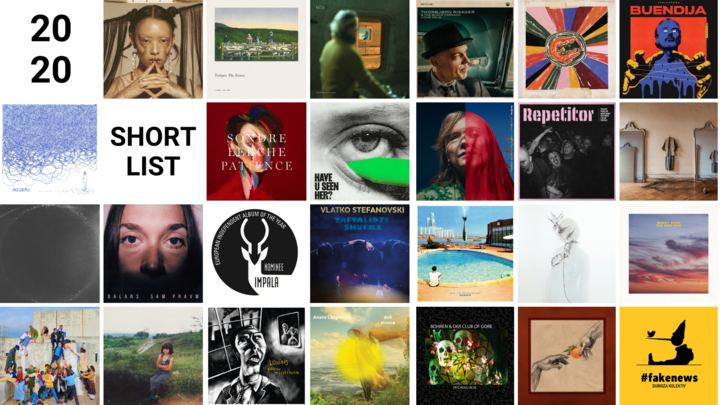 2020 was a unique year, marked by the coronavirus pandemic. The creativity of European independent labels throughout the year really stood out and their release schedules were a highlight. For this 11th edition of our Album of the Year Award, which will always be special, we’re pleased to present 25 nominees from all corners of Europe. Once again, this shortlist showcases how Europe’s independent music sector is thriving in diversity.

Nominees include a wide range of genres and artists, from Finnish pop to French electronic music, via Balkans’ ska, Danish blues and the eclectic music style of the UK’s nominee. The shortlist represents an impressive advert for the European independent music sector and the creativity of Europe’s artists.

As well as different styles of music, the shortlist is also a window into Europe’s linguistic diversity.

Who will succeed German act Apparat as winner this year? Answer next month…

IMPALA’s Executive Chair, Helen Smith commented: “This year’s shortlist includes 25 amazing albums! This is a great opportunity to highlight European independent artists coming from all over Europe. 2020 has been a tough year and this shortlist is an energising way to start 2021.”

Listen to the nominees….

Playlists are available to allow you to judge for yourself in advance of the winner’s announcement.

On YouTube: a singles playlist – 2020 – IMPALA Album of the Year Award – Singles

About the Independent Album of the Year Award
The “European Independent Album of The Year” award was launched in 2011 to mark the 10th anniversary of IMPALA. This award showcases the breadth and diversity of independent talent across Europe. The winner is selected on the basis of completely open criteria from a shortlist compiling national album nominations from territories across Europe put forward for their musical, artistic or other exceptional quality. Previous winners of the Award are Apparat, Viagra Boys, Gurr, Agnes Obel, José Gonzalez, Caribou, Guadalupe Plata, The xx, Adele and Efterklang. Discover previous winners by listening to the dedicated 20Tracks playlist.